Partnered with The Richmond Neighborhood Center

The Richmond District in Northwest San Francisco is a diverse neighborhood of single-family homes, many of them housing multiple generations, and home to vibrant communities speaking languages from Cantonese and Mandarin to Spanish, Russian, Tagalog, Japanese, and more.

This is a neighborhood Michelle Cusano, Executive Director of The Richmond Neighborhood Center, loves very much. She has worked at the Center for nearly 20 years, almost since the time she first moved to San Francisco as a recent college grad from Ohio with a passion for social justice.

Something about the Richmond District, a close-knit community with a small-town feeling nestled within bustling big-city San Francisco, immediately resonated with her.

“When I started at The Richmond Neighborhood Center, I knew I found my place where I could make positive change in the world,” Cusano said.

The Richmond Neighborhood Center is a nonprofit that began as a youth development organization providing after-school and volunteer programming and has grown to address another enormous need in the community: food insecurity. According to a 2018 study at least 19,000 people in the Richmond District are at risk of food insecurity, meaning they are uncertain of where their next meal is going to come from.

“That can be families who are concerned about ‘how are we going to afford to feed our children their next meal? And it can be a senior who's living alone who doesn't have the ability to get to and from the grocery store,” Cusano explained.

The Richmond Neighborhood Center operates several community food security programs, including a food pantry where local residents can come pick up fresh, free produce and groceries, as well as a grocery delivery program where volunteers pick up and take groceries to homebound seniors with mobility challenges.

Volunteers play a crucial role in The Richmond Neighborhood Center’s grocery delivery work and are essential to the organization’s mission.

Mary Beth Roberts, a resident of the Richmond District, said she turned to The Richmond Neighborhood Center in a moment of need when she became a single parent of three young children.

“Well, they actually helped me tremendously,” Roberts said. “Food stamps don’t really give you that much and in San Francisco it’s extremely expensive, so the food pantry just helped carry us through that week.”

Mary Beth said the Neighborhood Center also provided her with a valuable sense of connection to other people.

“You see a lot of familiar faces,” Mary Beth said. “It builds a community.”

Cusano cares about that community a lot, and she’s constantly thinking about ways to serve more people, get groceries to more seniors, and bring more people directly to their programs to take advantage of the food pantry or the youth activities.

And when she looks at the city of San Francisco - an epicenter of innovation and cutting edge technology - she sees the possibilities of how the best of that world could help the people of the Richmond District. She thinks new technologies like autonomous driving technology could help her mission in many ways.

“When I first heard of Waymo’s autonomous vehicles, I immediately realized ‘there are so many possibilities here to make our work easier and make more access points for our youth and our seniors’,” Cusano said.

Waymo has been providing free, autonomous rides, accompanied by human autonomous specialists behind the wheel, to a group of test riders in San Francisco since August of 2021. Hundreds of local riders took rides and provided feedback to Waymo. In March, 2022, Waymo announced that it had begun offering fully autonomous rides, with no human behind the wheel, to its employees in San Francisco. Waymo is building on experience and insights it has gained from operating a fully autonomous ride-hailing service Waymo One in Metro Phoenix.

Cusano took a ride in Waymo to experience the technology for herself.

“I’ve seen the cars around the neighborhood, and to be in one right now, it’s really exciting,” Cusano said.

Cusano believes fully autonomous driving technology like Waymo’s has the potential to help provide not only rides, but also valuable autonomy and community connections, to people who cannot currently drive themselves.

“Some of our seniors have had to move to the homebound senior program because they can't get to and from this space where they get to hang out with their friends as easily anymore,” Cusano explained.

She believes seniors could benefit from another mobility option that could help them get to and from the Center’s food pantry by themselves, where they could be outside in the Center’s courtyard, laugh, and talk to their friends like they did before.

Cusano said some people may be skeptical of the technology, but invited people to consider the ways it could benefit and help scale up community efforts that rely on human drivers or deliveries to fulfill their missions.

“If we are not open to change and new things, we’re not going to be able to make the progress we need to as a community together,” Cusano said.

She said that the Richmond District has stepped up and come together to find new ways to help neighbors in the past, such as during the pandemic, so she knows anything is possible. She sees a parallel behind the startup mentality of leading tech innovators and the ways community nonprofits have to be agile and adapt to new challenges.

“I think there is a connection between a tech company and a grassroots nonprofit,” Cusano said. “We both have to be innovative every day to meet emerging needs and be one step ahead .”

Cusano said that, similar to startups, nonprofits have to constantly innovate as well.

“Being able to use technology to help us get food delivered would allow our staff and volunteers to focus on what we are really good at…building community,” she said.

“Being able to use technology to get food delivered would allow our staff and volunteers  to focus on what we are really good at… building community.”

Cusano has a vision for all of San Francisco too – a vision she hopes all the Neighborhood Center’s work is building towards: making San Francisco an easier place to live for all people and families.

“Those are the things that The Richmond Neighborhood Center is working on improving so that San Francisco can be a city where everyone can thrive and live for generations and generations.” 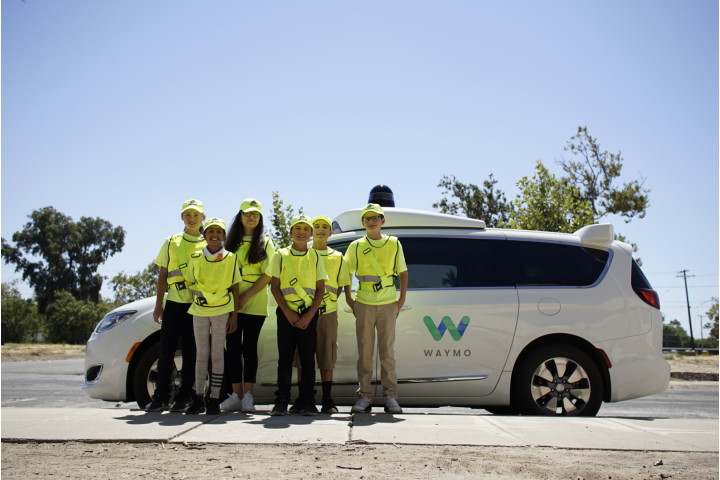 This is how young safety leaders feel about autonomous driving

Students from the AAA School Safety Patrol program at Martin Elementary School in San Francisco made a visit to Waymo’s closed-course testing facility to see fully self-driving cars in action. Here’s what they had to say. 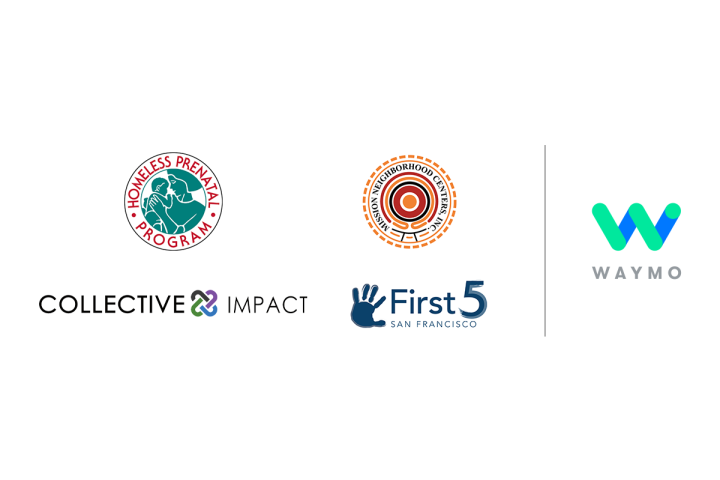