Like so many other people who have had the chance to go to college, Bryan Bashin’s experience transformed his life. For many people, it’s about learning to see the world in a new light. For Bashin, it was about learning how to live in the world without being able to see.

Bryan has been blind since he was a teenager, but confidently navigating the world wasn’t something he initially knew how to do.

“Like so many blind people, I didn't know how to be blind,” Bryan shared. That all changed as he attended college, entered his twenties, and met other blind people who were boldly creating the lives they wanted.

“Part of my growth was to find blind people who were just living life and living the way they wanted to, going where they wanted, doing what they wanted to do,” Bryan said.

Now, as CEO of LightHouse for the Blind and Visually Impaired in San Francisco, Bryan makes it his mission to equip others to find the same sense of independence and freedom that he found.

My purpose is to make sure that other blind people who are newly blind or just learning to deal with blindness, have the same opportunities so that they can have the life they want.

- Bryan Bashin, CEO of LightHouse for the Blind and Visually Impaired SF

“My purpose is to make sure that other blind people who are newly blind or just learning to deal with blindness, have the same opportunities so that they can have the life they want,” Bryan said.

Founded in 1902, LightHouse is a San Francisco-based nonprofit with a mission to serve the rehabilitative, educational and community needs of people who are blind or have low vision in Northern California and beyond.

Sheri Albers, Community Outreach Coordinator for LightHouse, said she now has her dream job telling people in the Bay Area about LightHouse and the support and resources available to them.

“I grew up with an eye disease that was degenerative, losing my vision slowly over my life, but I didn't have any services,” Sheri said. “I kind of struggled and fended for myself.”

Now, in her job at LightHouse, Sheri gets to go out into the community and help connect people with resources.

“In a way, it's me telling my story about what I did not have as a blind person growing up, and what they have at their fingertips with LightHouse, so to speak,” Sheri said. Sheri’s new mantra is “Where has LightHouse been all my life?”

The organization serves thousands of people and, Bryan said, they all share a common need: “To go where they want, when they want, with as little inconvenience to others as possible.”

Sheri said that for people experiencing vision loss later in life, losing the ability to drive can be devastating. Without training and mentorship a newly-blind person may often be understandably overwhelmed at first. “The depression of that, and the realization of the potential loss of the independence from that, sets in,” Sheri explained.

Sheri emphasized that, for people who are blind, the ability to easily and conveniently go from point A to point B is fundamentally about mobility equity.

Every day, a hundred million Americans get in cars when they want, go where they want to go, do it by themselves, and have that tranquility...We want that too.

“Every day, a hundred million Americans get in cars when they want, go where they want to go, do it by themselves, and have that tranquility,” Sheri said, adding that most sighted people are not refused entrance to ride-hailing vehicles because they have a guide dog or asked insulting questions about how they became blind. “Those hundred million Americans are just living their lives,” said Sheri. “We want that too.”

To that end, LightHouse has joined the Waymo-led public education campaign, Let’s Talk Autonomous Driving, a partnership dedicated to fostering conversation and raising awareness about how fully autonomous driving technology could offer a safe mobility option to connect people and communities.

“So the chance to have autonomy in vehicles is a means to get us to where we want to go, which is living in the world, being part of the world,” Bryan emphasized. “It's not just about going to a place, it's about having possession of your own life.”

For people who are blind, fully autonomous driving technology represents a new way to get around without depending on anyone else, going wherever they want to go, at whatever time they choose.

“Most Americans have had that privilege for a hundred years since the invention of a car,” Sheri said. “We've had to wait for a century until finally technology has caught up and allowed us to have the same experience as everyone else.”

Bryan and Sheri recently took a ride with Waymo to experience fully autonomous driving technology for themselves.

As Bryan and Sheri settled into the Waymo vehicle, Bryan asked Sheri if she was ready to begin the ride. She nodded ‘yes.’

“Here we go,” Bryan said as he pressed the Start button to begin the ride. Bryan and Sheri were immediately impressed by how the car confidently began the trip.

“There was no hesitation at all,” Sheri said.

After their ride, Bryan and Sheri reflected on the significance of what they had just experienced.

“You could feel a zillion sensors in that machine just noticing everything. It was cautious, but it felt like a machine that was super aware,” Bryan said.

Sheri said the ride represented the beautiful freedom, independence and autonomy of being able to go wherever she chooses.

“To have been able to experience the exhilaration of riding in an autonomous vehicle today as blind people, oh my goodness, I mean, it is just inexplicable joy,” Sheri said.

Bryan said that, for people who are blind, advocating for and embracing innovative new ways to have freedom and autonomy has been part of playing an active role in shaping their own destinies.

“Independence is won by blind people through intention and through hard work,” Bryan said, adding that the San Francisco Bay Area is the world center for disability rights movements, from the birthplace of The National Federation of the Blind to the Independent Living movement. "We want to bring a future where every human being, no matter their level of eyesight, is cherished and every human being has a chance to reach their potential." 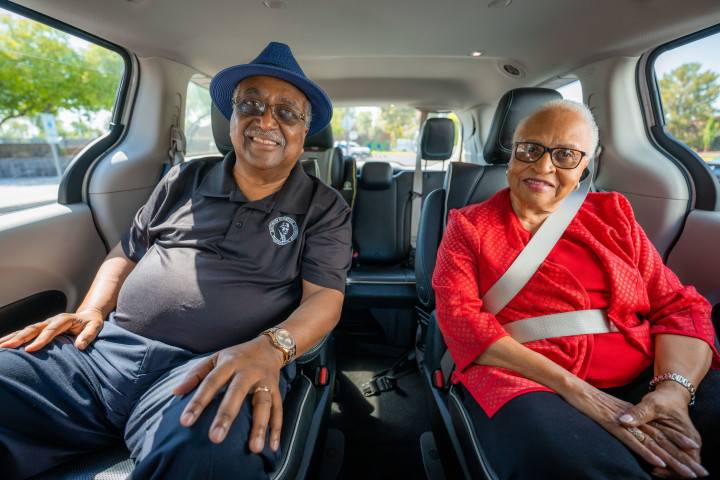 Charles of SCLC and Doris of SYLDI 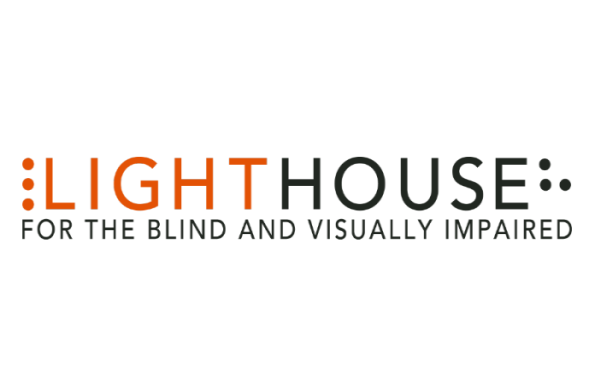