The term “universal design” references inclusive design solutions that promote accessibility and usability for all people. Prioritizing universal design benefits people with and without disabilities. It’s a belief that has guided autonomous driving company Waymo’s ongoing work with advocacy partners to address mobility barriers for people living with disabilities.

Waymo’s collaborative efforts have been recognized by the U.S. Department of Transportation through the agency’s Inclusive Design Challenge. Waymo was a semifinalist in the challenge with a submission that showcased how Waymo, working with nonprofit advocacy organizations, has integrated accessible audio-visual, haptic, and hands-free features and tools into its Waymo One service to continue expanding access for people with visual, physical, sensory and cognitive disabilities.

San Francisco residents who are legally blind using the Waymo One app to track the vehicle on its way to pickup, testing out the wayfinding prototypes Waymo developed through the DOT Inclusive Design Challenge.

“When it comes to accessibility, the challenge is to put yourself in someone else’s shoes,” said Kevin Malta, a product manager on Waymo’s transportation as a service (TaaS) team who helped lead the design challenge.

Waymo’s nonprofit advocacy partners in the challenge included Foundation for Senior Living and Foundation for Blind Children in Metro Phoenix, Lighthouse for the Blind and Visually Impaired in San Francisco, National Federation of the Blind (NFB) and the American Association of People with Disabilities (AAPD).

These partner organizations reviewed Waymo's design plans, provided feedback and helped connect Waymo with people to test the design prototypes, including San Francisco residents who are legally blind. During the challenge, Malta’s team immersed themselves in the world of accessible technologies, learning about different sensors and screen readers, to be able to understand how to design better and with accessibility top of mind.

“The lack of accessible transportation options for blind people to travel independently throughout our communities presents significant barriers for blind people to live, work, and play,” says Mark Riccobono, President of the National Federation of the Blind. “We appreciate Waymo’s decision to provide the NFB an opportunity to add our lived experience and accessibility expertise to the design and development process of their emerging autonomous vehicle technology. We take pride that in addition to creating more independent travel opportunities for blind people, the resulting nonvisually accessible vehicle (able to be used without sight) will enhance the overall experience for everyone.”

“Giving the tools to the rider to be able to play that sound themselves… you’re not going to get that from another ride-hailing company,” Malta said. “It can really only be done in the autonomous vehicle space.”

The team also worked directly with stakeholders to explore how to make navigation within the app better for people of different abilities. For example, Waymo partnered with LightHouse for the Blind on user research to test the accessibility of the Waymo One app and ride-hailing experience.

San Francisco residents who are legally blind are testing out the wayfinding prototypes Waymo developed through the DOT Inclusive Design Challenge.

“By being involved with Waymo during the early phases of product development and testing, our blind and low vision community was able to provide direct feedback on the usability of the rider experience, which will help inform a more inclusive design for autonomous vehicles,” said Jeffrey Colon, Director of Access Technology with LightHouse for the Blind in San Francisco. “The continued innovation of accessible autonomous driving technology is critical to help lower transportation barriers, and increase the travel mobility and independence for everyone, including riders with disabilities."

The continued innovation of accessible autonomous driving technology is critical to help lower transportation barriers, and increase the travel mobility and independence for everyone, including riders with disabilities.

- Jeffrey Colon, LightHouse for the Blind

Marc Ashton, CEO of the Foundation for Blind Children, said he has heard positive feedback about Waymo’s accessible features from stakeholders in his community.

“The haptic and audio feedback at more frequent intervals means a confirmation that you are on the right track, and the horn honking feature is another great audio cue for when GPS accuracy is low,” Ashton said. “The Waymo team is always willing to hear ideas and thoughts from our team.”

Malta pointed to multi-sensory technologies like bluetooth headphones, message dictation, and screen readers that read text aloud that have been game-changers for people with disabilities, but also bring value to people of all abilities.

Jonathan Willing, a Waymo user-experience engineer, who worked on the accessibility challenge, said he was thrilled to be part of building technology that empowers people with greater independence.

“Independent mobility can be life changing, and I'm motivated and encouraged by stories sent by our riders with disabilities as they share how we're able to help them achieve that independence,” Willing said.

Ashton said his organization’s partnership with Waymo represented a future where people with disabilities have the ability to control their schedule, travel independently, and experience safety while traveling.

“This can and will be a reality for the blind and visually impaired,” Ashton said, adding that the partnership with Waymo puts Foundation for Blind Children at the cutting edge of technology that is accessible to all. “Keeping in mind all users means creating a more equitable and independent world for anyone and everyone.” 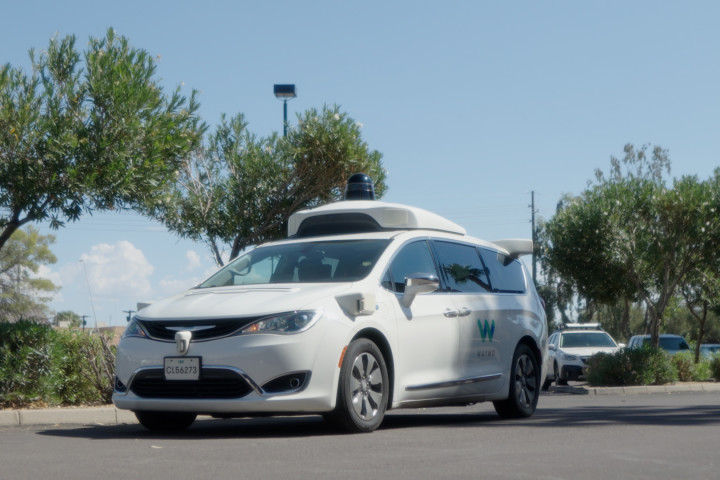 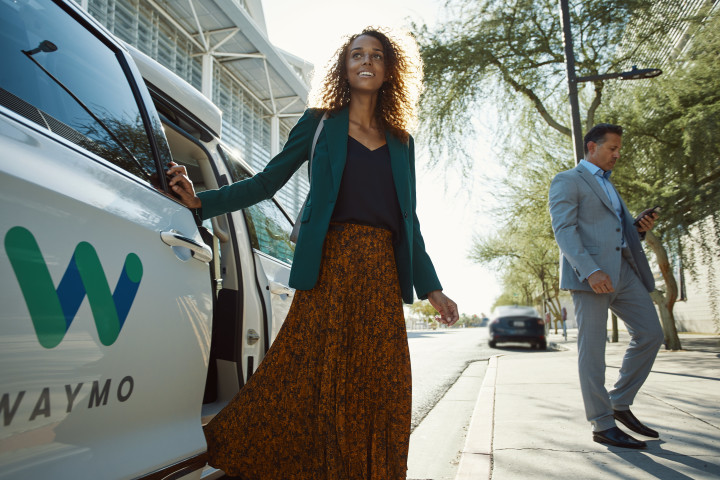 From making space missions possible to improving safety right here on Earth, significant milestones in transportation and safety have been led by or enabled by women.