Clem Wright, product manager at Waymo, was joined by Marc Ashton, CEO of the Foundation for Blind Children in Phoenix, and Bryan Bashin, CEO of Lighthouse for the Blind and Visually Impaired in San Francisco, on a panel hosted by TechCrunch editor and reporter Kirsten Korosec at Sight Tech Global.

For most people, ride-hailing – the ability to request a ride from an application on a phone – works in much the same way: press a button, wait a bit, identify the vehicle by sight, and hop in. But for persons who are blind or have low vision, each of these steps presents challenges. For example, for those who cannot see, it is impossible to identify a ride-hail vehicle simply by sight.

Wright said Waymo’s approach is about more than simply adding features for passengers who are blind or have low vision.

“It’s about thinking [through] the entire user journey,” he said, speaking on a virtual panel titled “Accessibility from the wheels up: the Waymo self-driving taxi,” during Sight Tech Global, a conference focusing on technology for people with sight loss and blindness.

Wright was joined by Marc Ashton, CEO of the Foundation for Blind Children in Phoenix, and Bryan Bashin, CEO of Lighthouse for the Blind and Visually Impaired. The panel was hosted by TechCrunch editor and reporter Kirsten Korosec.

One example of a feature Waymo has built to support people who are blind or have low vision, Wright explained, is a setting in its ride-hailing app that allows users to decide whether they want to minimize the walking distance for pick-up or drop-off, even if it adds time to their trip.

“We found that by doing user research with users with diverse abilities, we’re able to pick out certain needs and build certain features that help everyone,” he said.

●  Selecting pick-up and drop-off locations that are accessible

●  Providing audio assistance and updates during the ride

While Waymo has integrated many of these features, work still remains to advance accessibility in the automobile industry at large.

In addition to doing early-stage ride-alongs with people who are blind or have low vision, Waymo runs focused user studies for particular features and solicits ongoing feedback from the blind community, Wright explained. This is all part of how Waymo takes rider feedback into account through surveys, reviews, and ongoing conversations.

“To be very clear, it’s still early days here,” he added, emphasizing that Waymo constantly strives to improve the accessibility of its technology. “We know there’s so much more we have to do to deliver on the vision we’ve been talking about.”

Ashton noted that many of the features desired by the blind community would prove to benefit all passengers. For example: built-in, voice-controlled personal assistants like Apple’s Siri and Amazon’s Alexa are now ubiquitous, but emerged from tools originally designed for people who are blind or have low vision.

Bashin said that – more than anything – people with sight loss and blindness just want a seat at the table.

“Blind people in general want to be active in this process,” said Bashin, who is blind. “We want to be able to do everything sighted people do in a vehicle.”

All speakers emphasized the urgency of focusing on making ride-share and ride-hailing technology accessible for passengers.

“We all have the memory of when we turned 16 and got the keys to the family car,” said Ashton, whose son Max is blind, recalling his own feeling of freedom in being able to drive somewhere independently. “Our kids want the same thing.”

He said that with the advent of ride-hailing, more young people are experiencing that sense of freedom.

“This is the next evolution of that (freedom),” Ashton said of autonomous driving technology. 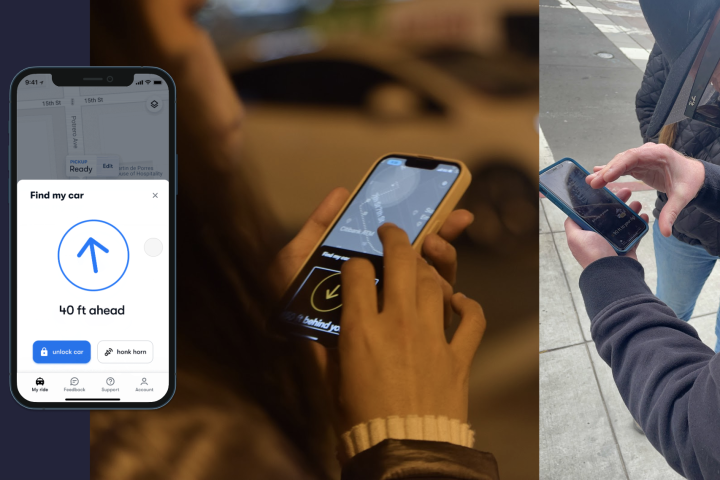